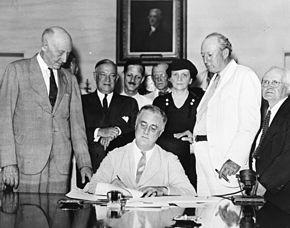 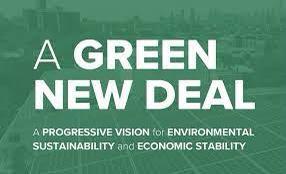 Eighty-eight years ago, President Franklin Roosevelt gave his first inaugural speech in front of a nation mired in the Great Depression. Promising to "make war on emergency", he referred to the "New Deal": an unprecedented series of massive public programs and projects designed to get America back to work.

The term “Green New Deal” appeared for the first time in a New York Times in January 2007, when the U.S. experienced the hottest year on record. The Pulitzer Prize winner Thomas Friedman then pointed out the need of transitioning away from fossil fuels, moving it away from dirty coal or oil to clean coal and renewables. However, he admitted that there wouldn't be an easy and acceptable solution to climate change as politicians hoped. He predicted that it was going to take money, effort and disrupting an industry that has always been very generous with political campaign contributions.
In an echo of the former President Franklin D. Roosevelt's programs to rescue the country from the Great Depression that created jobs, supported farmers, and boosted manufacturing, referencing the New Deal, he wrote “The right rallying call is for a ‘Green New Deal.’”

And since that, the term has been used to describe various sets of policies that aim to make systemic climate change. In 2008, the United Nations launched a Global Green New Deal and the same year, when former President Barack Obama ran for election, he added  “Green New Deal” to his list. After the 2018 midterm elections, a youth activist group called the Sunrise Movement popularized the term by laying out a strategy and protesting outside the office of the House of Representatives, to demand action on climate change.

But the Green New Deal is a big part of policy debates in the U.S. thanks to the remarkable ascent of Alexandria Ocasio-Cortez serving as the U.S. Representative for New York's 14th congressional district since 2019 - the youngest woman to be elected to the House of Representatives and already a favorite to run for president in 2024. When the Sunrise Movement protesters approached Ocasio-Cortez to ask if she might help publicize their event, perhaps with a tweet, she vowed to join them instead. And in February 2019, Ocasio-Cortez submitted the Green New Deal - her first piece of legislation to the Senate. She drafted the  fourteen-page resolution together with her Democrat colleague Senator Edward J. Markey of Massachusetts as a joint non-binding (which means that even if Congress approves it, nothing in the proposal would become law) settlement listing the main elements of a 10-year economic mobilization that aims to phase out fossil fuel use and overhaul the nation's infrastructure. It calls for the conversion of all American electricity into clean, renewable energy sources, for implementing the "social cost of carbon" (which was part of the Obama administration's plans to address climate change), for the creation of millions of green jobs and to boost the economy. The Green New Deal also ensures that access to nature, clean air, clean water and healthy food, and sustainable environment are basic human rights, as well as it aims to end all forms of oppression.

In a nutshell, it's a congressional resolution that lays out a grand plan for tackling climate change and calls on the federal government to end fossil fuels, curb carbon emissions across the economy and build new high-paying jobs in clean energy industries. Its goal is to dramatically reduce planet-warming greenhouse gas emissions in order to avoid the climate change consequences, while also trying to fix societal problems like poverty, economic and income inequality, and racial discrimination.
As the climate change consequences, it listed two major reports released by the United Nations and by federal scientists, who warned that if global temperatures continue to rise, the world is headed for more intense heat waves, wildfires and droughts and by the end of the century, as the temperatures could exceed a tipping point that leads to hothouse earth. Allegedly, the U.S. economy could shrink as much as 10% by 2100 because of climate change, which would cost the United States billions of dollars. The United Nations international climate science panel's report issued in October 2018 found that the effects of global warming could become irreversible by 2030 without rapid action. To avoid that, the UN study claims that the world must cut greenhouse gases by almost half by 2030.

As of 2019, only 11% of the nation's energy consumption came from renewables, according to the Energy Information Administration. Another 8% was generated by nuclear power. Although it's not renewable, it also doesn't emit carbon dioxide.

We know that by 2050 the world needs to get to net-zero emissions, which means that as much carbon would have to be absorbed as released into the atmosphere and nations world-wide are seeking to meet their goals under the Paris Climate Accord.  The Green New Deal calls the United States to take a leading role in achieving that, because the U.S. is technologically advanced and has historically been responsible for a disproportionate amount of greenhouse gas emissions.  While the idea of a Green New Deal and the threat of climate change have been known by politicians for years, this is the most detailed plan yet to transform the economy presented to the American people, even though it is itself extremely vague and more a set of principles and goals than of specific policies. Indeed, the main target of the resolution is to lower U.S. greenhouse gas emissions down to net-zero and source 100% of the country’s power demand from clean, renewable, and zero-emission energy sources. According to the Green New Deal resolution, the U.S. should achieve this by 2030 and significantly reduce the emissions, cutting them 71%. Actually, the plan outlines goals and projects for a 10-year national, industrial, economic mobilization plan capable of making the U.S. economy carbon neutral while promoting economic and environmental justice and equality. It envisions meeting the entire power demand in the country through renewable and zero-emissions power, digitizing the nation’s power grid, upgrading or replacing every building in the country to be more energy-efficient and overhauling the nation’s transportation system by investing in electric vehicles and high-speed rail, to the point where air travel stops becoming necessary. And as we mentioned already, the Green New Deal also funds new jobs, including installing solar panels, retrofitting coastal infrastructure, and manufacturing electric vehicles. Furthermore, it asks for new trade rules to stop the transfer of jobs and pollution overseas.

More precisely, these 10-year mobilization goals shall be accomplished through the below listed actions:
- Providing investments and leveraging funding to help communities affected by climate change
- Repairing and upgrading existing infrastructure to withstand extreme weather and ensuring all bills related to infrastructure in Congress address climate change
- Investing in renewable power sources
- Investing in manufacturing and industry to spur growth in the use of clean energy
- Building or upgrading to energy-efficient, distributed, and “smart" power grids that provide affordable electricity
- Upgrading all existing buildings and building new ones so that they achieve maximum energy efficiency, water efficiency, safety, affordability, comfort, and durability.
- Supporting family farming, investing in sustainable farming, and building a more sustainable and equitable food system
- Investing in transportation systems, namely zero-emission vehicle infrastructure and manufacturing, public transit, and high-speed rail
- Restoring ecosystems through land preservation, afforestation, and science-based projects - Cleaning up existing hazardous waste and abandoned sites- Identifying unknown sources of pollution and emissions
Working with the international community on solutions and helping them achieve Green New Deals

Surprisingly, the Green New Deal does not include a carbon tax or a cap and trade program. Probably because they raise the cost of carbon fuels, like gasoline, which could impact lower-income families, and particularly those in rural areas who rely on cars. We remember that this was one of the main reasons why the French "yellow vest" protesters opposed a gas tax.

The public response to the Green New Deal was significant. Conservatives called it socialist, moderates called it extreme and experts called it unrealistic and expressed doubt about feasibility of one or more of its parts. A former science advisor to Obama, John P. Holdren thinks the 2030 goal is too optimistic and admits that 2045 or 2050 would be more realistic. Actually, about 80% of U.S. energy comes from coal, oil and natural gas, 8.4% from nuclear, and 11.4% from renewable sources. And after decades of multi-billion dollar subsidies, and although wind and solar are the fastest growing renewable sources, they contribute just 9% of electricity produced in the United States in 2017.

Republicans have presented the Green New Deal as a socialist takeover and claimed it as proof that Democrats are far from the reality on energy issues. Democrats called the vote a stunt because Republican Senate leaders didn't want to have a candid debate on climate change, given that they called for an early vote on the resolution without allowing discussion or expert testimony.

Also, conservatives have been quick to denounce the proposal as irresponsible and costly. In fact, the costs would be stupendous, as the resolution requires replacing all coal, oil and natural gas used for electricity generation and transportation with renewable energy, upgrading all buildings to state-of-the-art energy efficiency and a lot more. The experts developing the Green New Deal openly admitted that it will cost not billions, but rather trillions of dollars. Progressive economists have argued that the federal government can print as much money as it needs and that spending so much will fully mobilize the economy and thereby create growth. According to the Green New Deal developers, the changes, estimated to cost roughly 2.5 trillion USD per year, would be financed in part by higher taxes on the wealthy. Drawing a parallel with the Great Depression, Alexandria Ocasio-Cortez argued that the Green New Deal needs deficit spending like the original New Deal.She proposed introducing a marginal tax as high as 70% on income above 10 million USD to pay for the Green New Deal. According to tax experts, this tax would bring in extra revenue of 720 billion USD per 10 years.

To conclude, the Green New Deal, a term purposefully reminiscent of Franklin Delano Roosevelt’s original New Deal in the 1930s, is not just a climate change policy. It is a vision for a new kind of economy, built around a new set of social and economic relationships. It actually is not just a way to reduce emissions, but also to ameliorate the other symptoms and dysfunctions of a late capitalist economy. Its intent is to involve the entire citizenry in the shared project of adapting to the 21st century, and in so doing materially improve the quality of life of the poor and middle class. It is an attempt to rebalance the economy and the political system, away from a monomaniacal focus on private goods, toward a more generous view of public goods and public purpose.
But getting from that idea to a concrete policy platform will be a delicate and charged undertaking. Moving it from idea to legislation will involve overcoming numerous obstacles, but given that humanity has just over a decade to peak and begin rapidly reducing global carbon emissions, if there is to be any hope of hitting the international target of limiting global temperature rise to no more than 2 degrees Celsius, we all need to act. There is no precedent for the climate crisis, its dangers or its opportunities, and above all, it calls for courage and thinking.
Good news is that many nations and localities have already taken significant actions on climate change, renewable energy, energy conservation and efficiency as well as sustainable economic development. Indeed, some advocates favour advancing nuclear power in this mix and others do not. 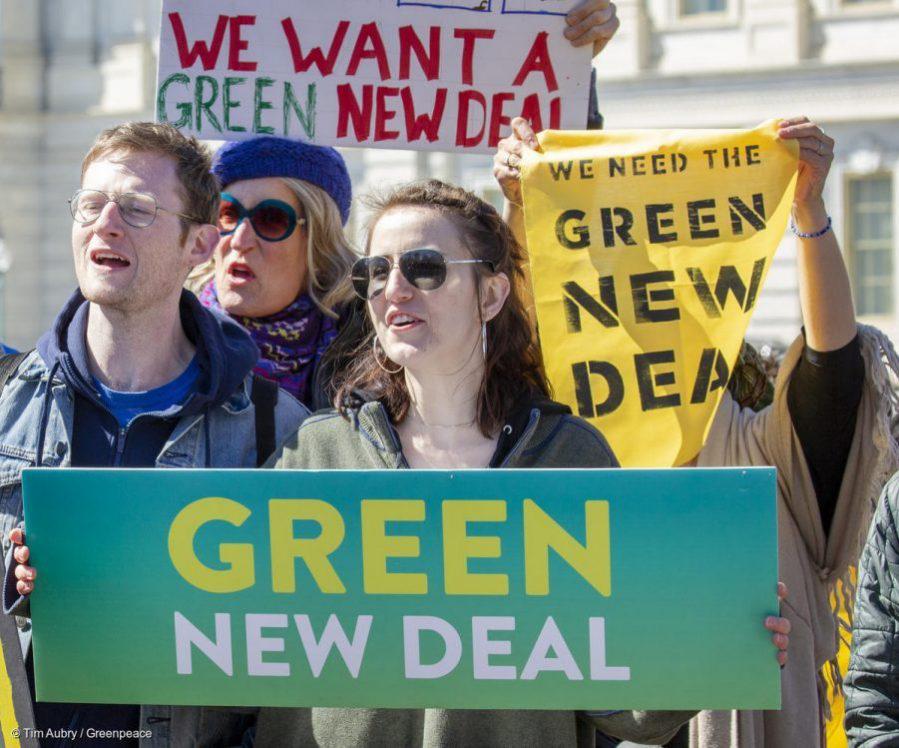 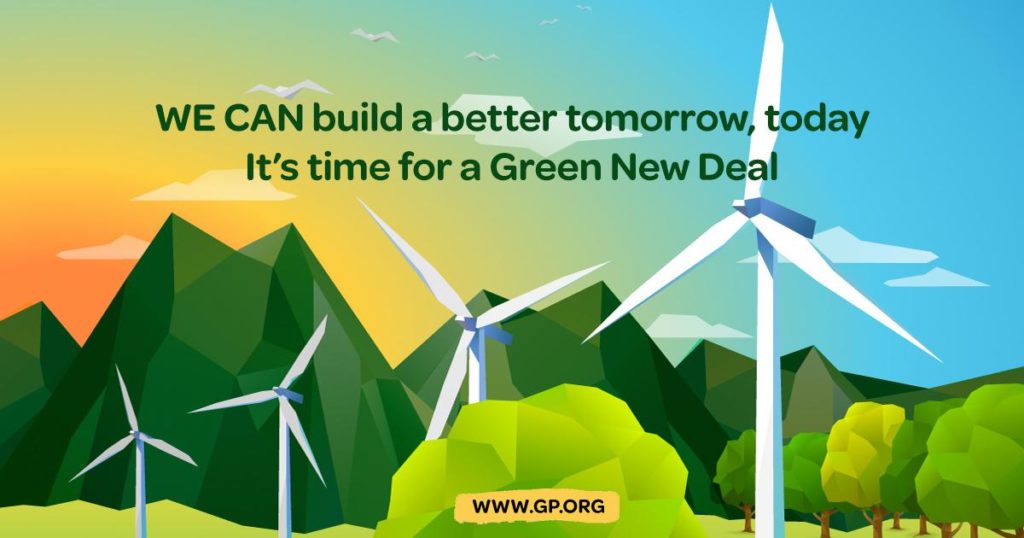 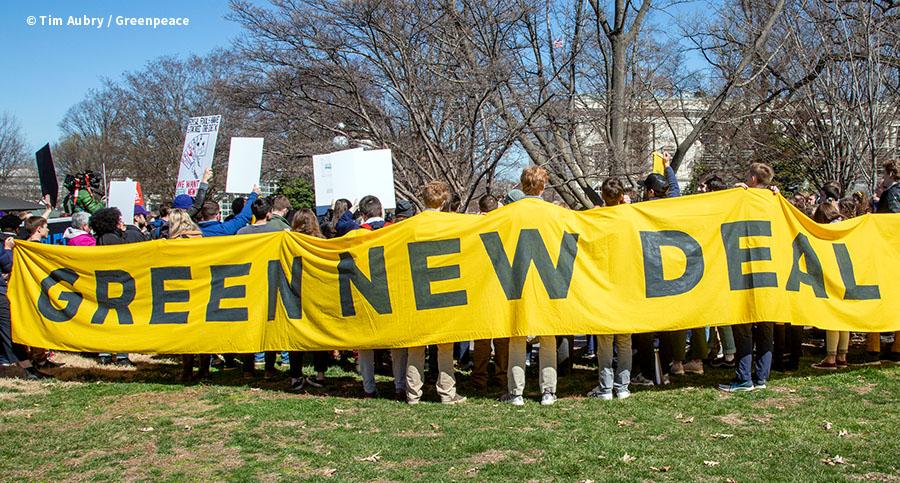 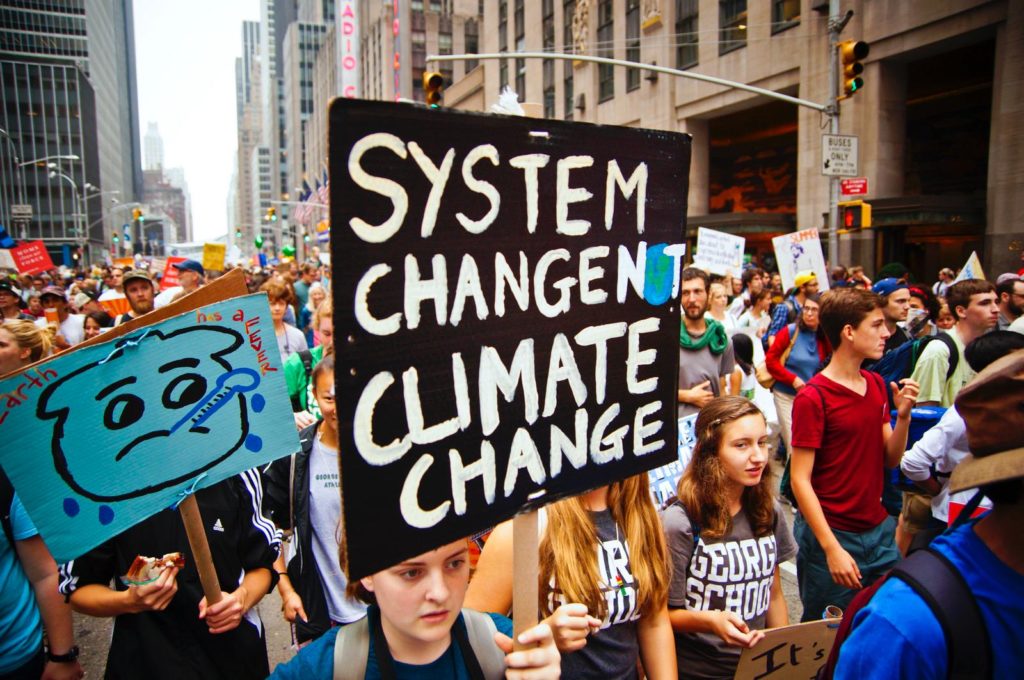