After the unprecedented success of Formula E, the version of Formula 1, but 100% electric, the legendary F1 is aligned with the current trend, as well as the need to be respectful of the environment. This represents a major challenge, given the scale of this legendary competition and its carbon footprint. The stables currently use around 1,500 liters of gasoline per grand prix.

So what will the future Formula 1 cars be like? What will the engines look like in 2025? Are they going to use carbon-free fuels? Will engineers be able to develop more power while managing to reduce greenhouse gas emissions?

Honda's withdrawal from Formula 1, even though they won races with Red Bull - one of the top three teams, turned the motorsport scene upside down, especially since the Japanese manufacturer claimed that its departure was motivated by the desire to focus on electrification, which made it clear that F1 was a sports dinosaur, built on dirty and noisy fossil fuel.
Will others follow in order to gain some credit among the population of young people, less loyal, but more attached to environmental values than their elders? In response, F1 made decisions to retain Renault and Mercedes, but also to attract new engine manufacturers. Intensive research on the non-fossil fuel has been launched, in order to make the race economically viable for a new entrant, while ensuring that future engines do not depend on fuels with a high carbon footprint.
Last December, the FIA delivered to engine manufacturers, for evaluation, the first barrel of 100% renewable fuel made from a mixture of organic waste. Jean Todt, the president of the FIA, declared that "by developing a renewable fuel to power Formula 1, we are taking a new step forward".
Indeed, Formula 1 has served for years as a platform to introduce new technologies to the automotive industry. Thus, this shift in terms of sustainability helps to build a path for hybrid engines that reduce their emissions and deliver real benefits to the world in mainstream road cars. The F1 Commission recently decided to bring the introduction of this new generation of engines forward by one year (to 2025).

Technically speaking, engineers have to face major challenges, as they have to achieve better energy efficiency and at the same time a reduction of related pollution. And at the same time also switch to renewable fuels and promote new technologies, while monitoring costs. The FIA wants to attract new manufacturers, so thay have to keep their investments within reasonable limits.

The first concept is due to be presented to the public in next June, with the following six months being spent evaluating and refining the different concepts. In December 2022, it will have to be ratified to enter into force at the start of the 2025 season. Gilles Simon, FIA technical director in charge of engines thinks that this vision will make it possible to retain the current engine manufacturers and to attract new ones who at the same time need to spend considerable amounts to finance the forced electrification of their productions.

Of course, the F1 must remain powerful and create emotions, which means that work on the sound will have to be done. This is another important challenge, because to get efficient power, you have to go through turbos and generators driven by the exhaust gases. The idea would be to obtain power units of around 800 kW (1,087 hp), based on an architecture similar to that of the current 1.6-liter V6s, with a system of recovery of thermal energy at the exhaust. and a 50/50 balance between thermal power and electric power. Currently, we have a total of about 670 W (910 hp) coming for 550 kW from the heat engine and for 120 KW from the battery pack.

According to Gilles Simon, advances in terms of batteries are such that electrical energy could be tripled, without increasing the weight of today's power units, which makes 145 kg minimum for the heat engine, the battery, the two generators, the electronic control unit, despite a tripling of electric power. This is a huge progress in the development since the current hybrid system was introduced in 2014. However, the FIA is also thinking about a completely different car, new engines, because in 2025 it will be completely new vehicle that will arrive with these new power units.

Nevertheless, the biggest challenge is surely to produce a renewable fuel, whether organic or synthetic, to the standards necessary for these engines and in sufficient quantity, knowing that it would be necessary to produce approximately 400,000 liters of these fuels per F1 season to feed the whole grid. And that without counting the engine development tests, which double the consumption of the stables. Therefore, all the major oil companies are in the process of making fuels for single-seaters with little or no modifications required. Then, this fuel will be destined to become mainstream, given that about a billion vehicles are likely to be powered by such fuels. And if we enter into the equation the production of battery cells, these "e-fuels" are "cleaner" on the overall cycle than battery cars, especially if we use renewable energy to transform biomass and produce these synthetic fuels.

Of course, some developing countries need transportation, but do not have sufficient electricity infrastructure to power electric cars. In these circumstances, future Formula 1 engines could serve as an example of the use of "clean" mobility that does not rely on electricity, while guaranteeing the internal combustion engine a bright future.

Alejandro Agag, the former secretary general of the first European parliamentary group and now a recognized businessman, who is known in particular for having launched Formula E in 2014, in which no one believed and that finally became a showcase of the electric mobility, is preparing a new competition "with message". The Extreme E Championship aims to alert public opinion on global climate change. Therefore, these new electric 4x4 races will be organized in the most threatened areas.

After Formula E, Agag wanted to create a stronger link with everyday cars and at the same time become more involved in the fight against global warming. A new committed competition was born. Extreme E will use the sports platform to promote values, electric vehicles, to prepare for a less carbon-intensive future, but also to create a first automobile competition putting men and women on an equal footing.

Thus, Extreme E, the first sport created and based on a social purpose, seeks to increase public awareness of issues that threaten the future of our planet.
Normally, the logistics of a championship greatly contribute to an indecent carbon footprint. Extreme E aims to meet this challenge in the most sustainable way possible. The Spanish promoter bought a cargo ship for a long time responsible for ensuring the connection with the island of Saint Helena in the South Atlantic, which will serve as a floating paddock. Also, to minimize air travel and therefore carbon emissions, the number of people at the race sites will be very limited. Each team can only bring two pilots, four mechanics and one engineer. The entire TV production team will operate remotely and there will be no spectators on site. It is obvious that the Extreme E Championship aims to become a carbon neutral activity.

All teams will have the same car. A 100% electric SUV, developed by Spark Racing Technology (the French company that has already designed the first two generations of Formula E) and powered by two electric motors delivering a total of 400 kW, around 550 horsepower. This car has already been tested during the last stage of the Dakar 2020 by Ken Block, who obtained the third fastest time.

This initiative has already attracted big names in the world of motor racing, including the three Formula 1 world champions: Lewis Hamilton, Nico Rosberg and Jenson Button, who have each created their own teams. The icing on the cake, multiple world rally champion Sébastien Loeb will drive with Cristina Gutiérrez for the Hamilton's team.

And let's not forget gender equality! In Extreme E, there is no question of neglecting the representatives of the fairer gender - each crew will be made up of two pilots, necessarily a man and a woman. For example, F1 driver Carlos Sainz will race with Laia Sanz, so that during each round, the two drivers exchange the wheel. Also, the American Cate Cummings will share hers with the world champion of Rallycross Timmy Hansen.

This is the first time in the history of motorsport. Women pilots are now a fundamental element of team performance. 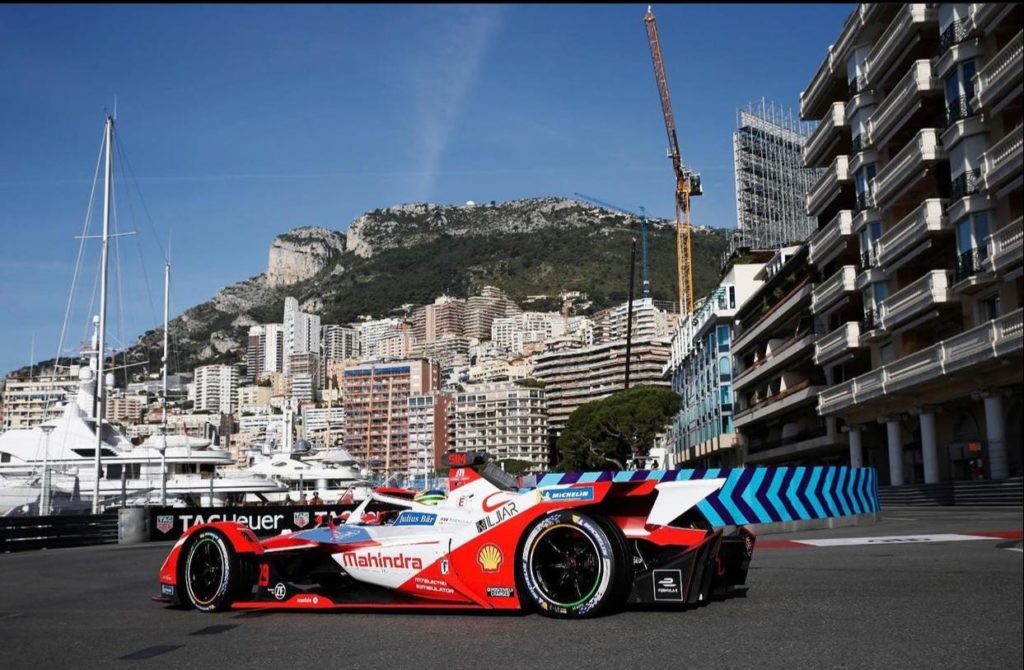 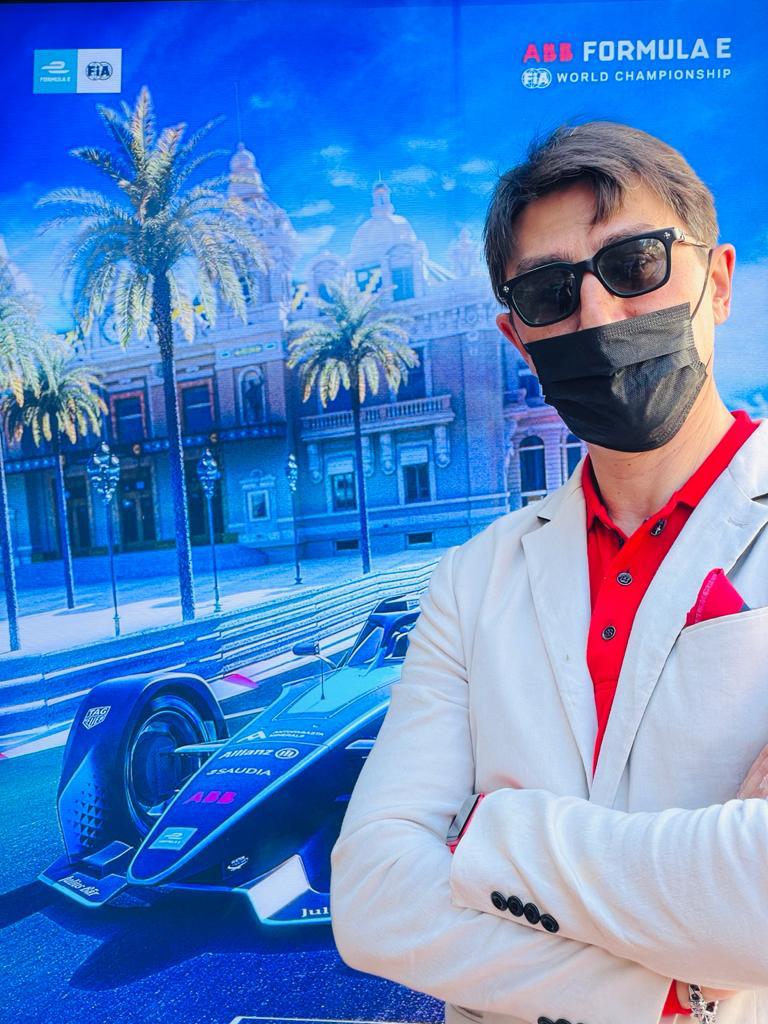 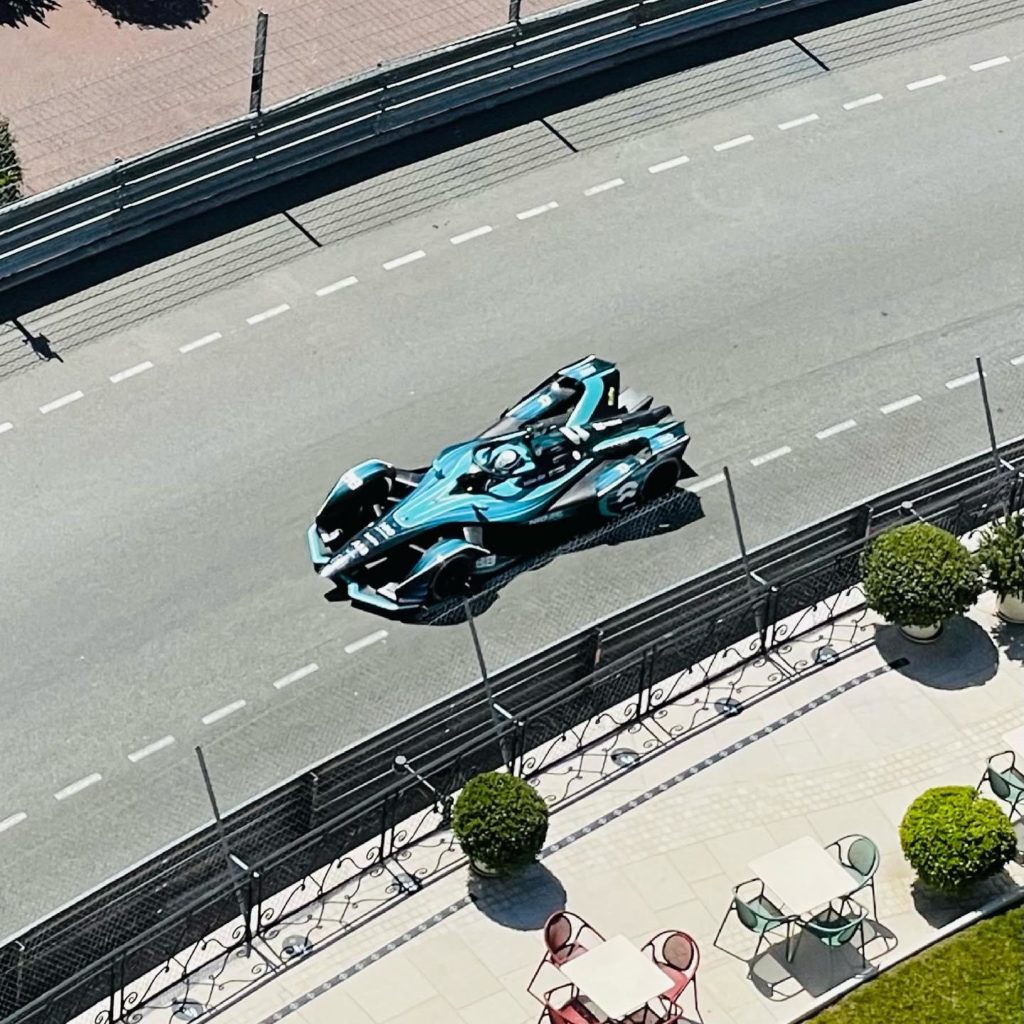 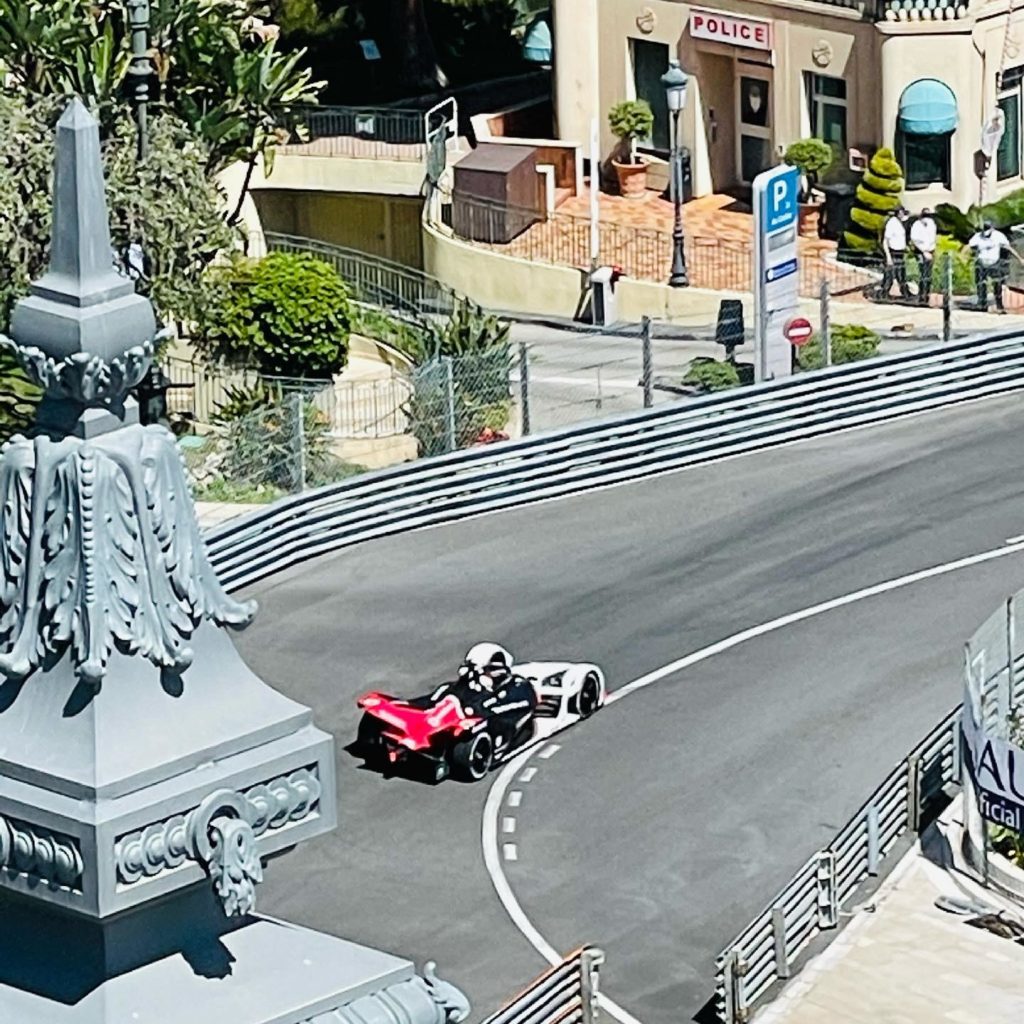 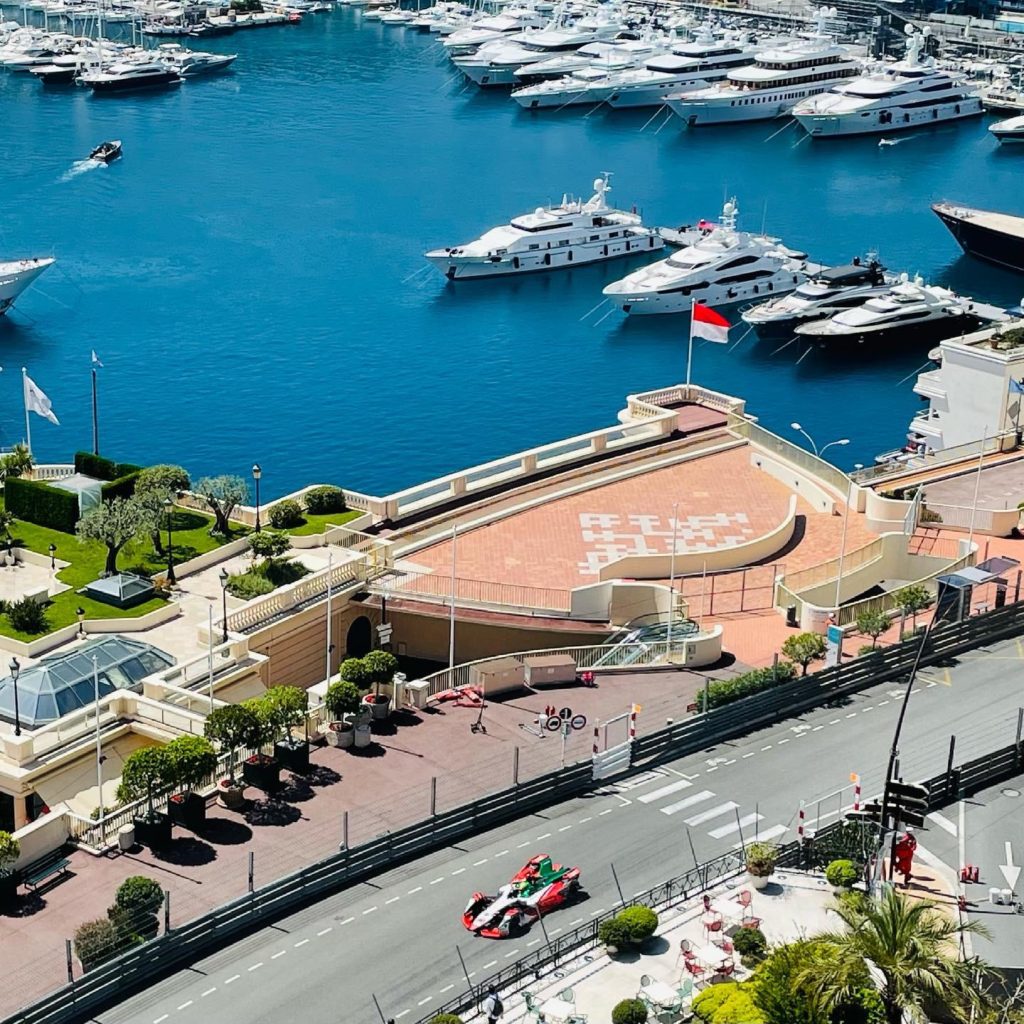 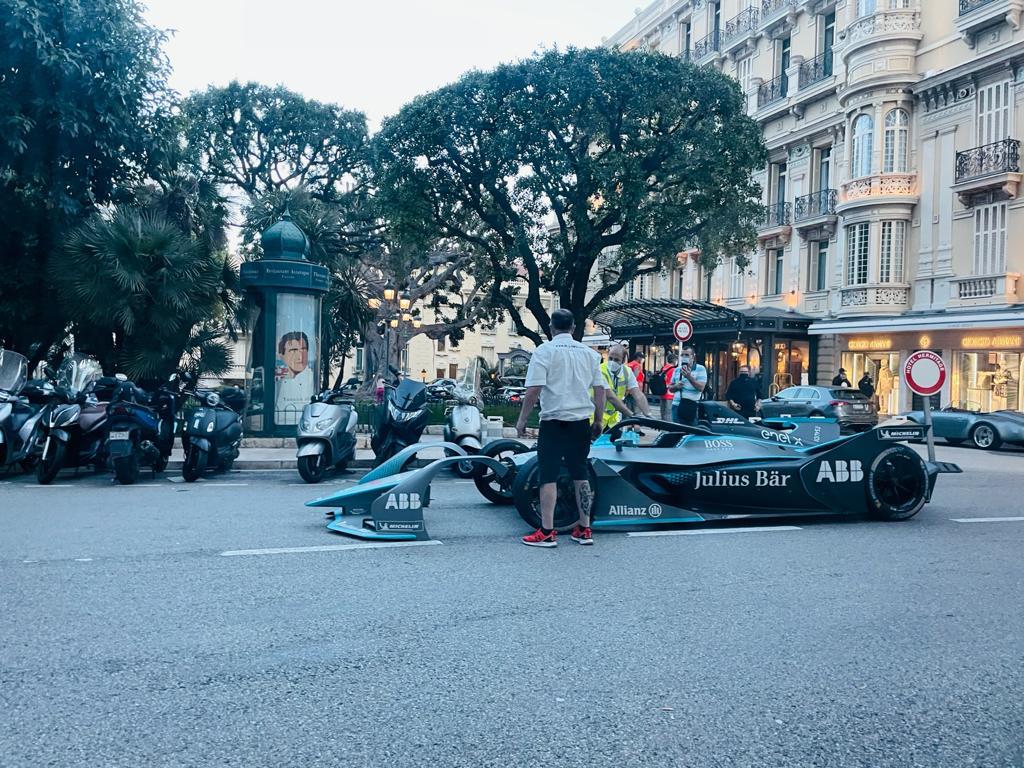 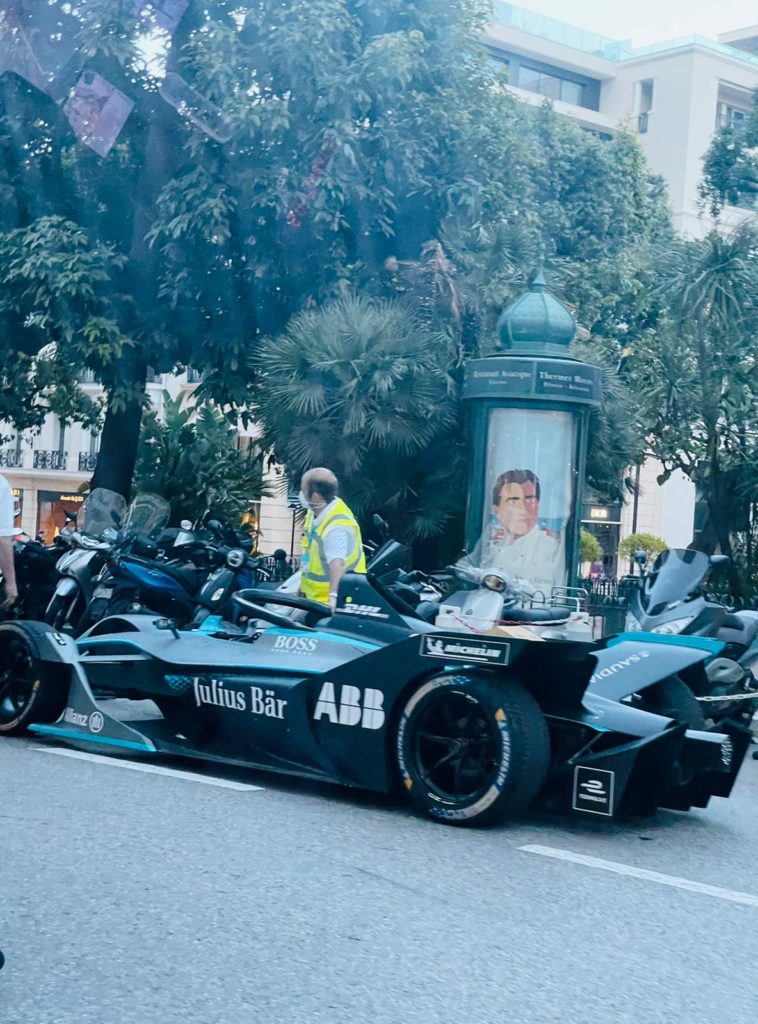 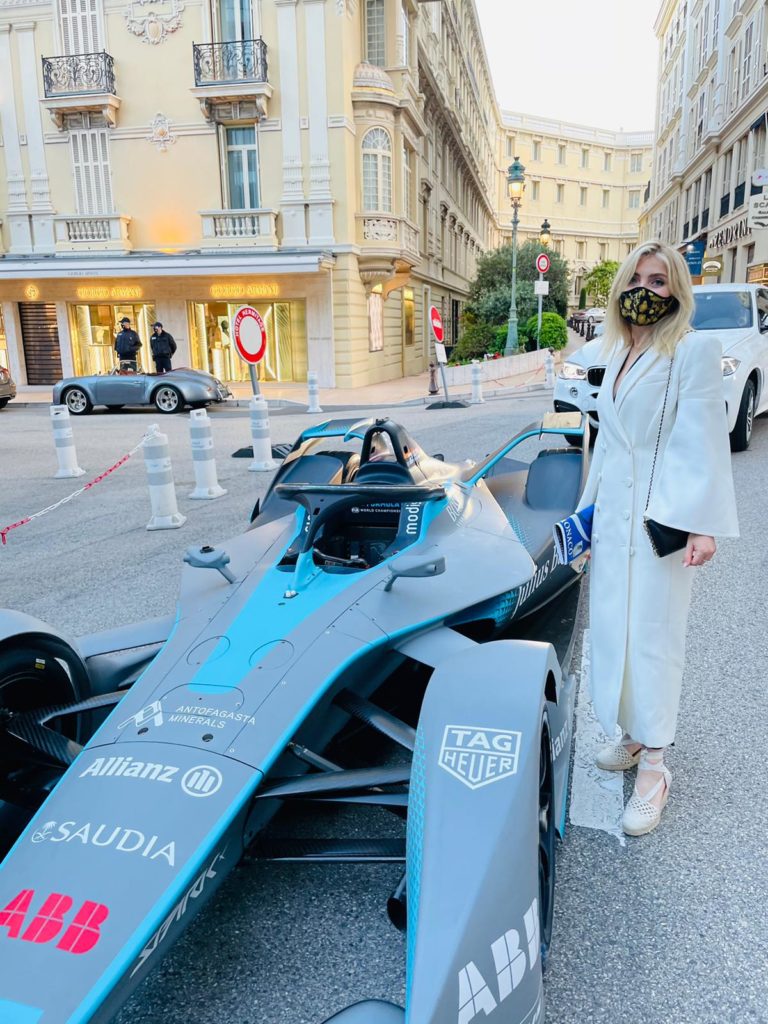 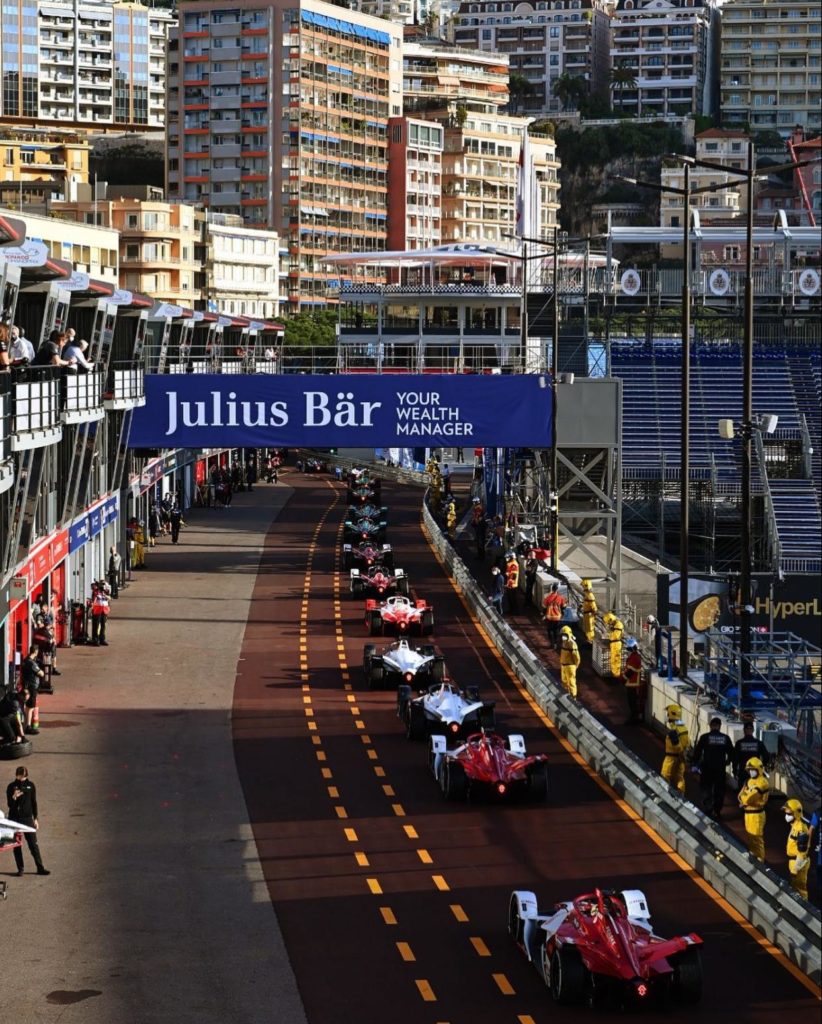