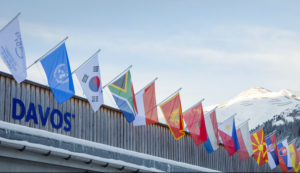 Davos-Klosters, Switzerland, 18 January 2023 – In a wide-ranging address that touched on the most critical issues of our time, UN Secretary-General António Guterres urged leaders gathered for the Annual Meeting to take urgent action.

Taking note of a range of critical threats facing the world, from the economic crisis to war and pandemic, he said: “We are looking into the eye of a Category 5 storm.”

On climate change, he called on world leaders to put forward credible and transparent transition plans to achieve net-zero emissions and to submit their plans before the end of the year. “The transition to net zero must be grounded in real emissions cuts – and not rely essentially on carbon credits and shadow markets. That’s why we [the UN] created an Expert Group on Net-Zero Emissions Commitments.”

He urged businesses to follow’s the group’s guidelines for credible, accountable net-zero pledges.

Drawing a parallel to the tobacco industry in the 1970s – where companies knew of the dangerous health effects – he said “Big Oil” must be held to account for the damaging impact of fossil fuels on the planet.

Of the critical threats facing the world, Guterres said one of the most dangerous is what he termed the “Great Fracture”, the decoupling of the world’s two largest economies, the United States and China – “a tectonic rift that would create two different sets of trade rules, two dominant currencies, two internets and two conflicting strategies on artificial intelligence.”

According to the International Monetary Fund, dividing the global economy into two blocs could cut global GDP by a “whopping” $1.4 trillion”. “This is the last thing we need,” he said.

Noting that US-China relations are strained by trenchant questions of human rights and regional security, Guterres said it is nevertheless possible – and indeed essential – for the two countries to “have meaningful engagement on climate, trade and technology to avoid the decoupling of economies or even the possibility of future confrontations.”

He also said a “morally bankrupt financial system” is amplifying systemic inequalities. He called for a new debt architecture that would provide liquidity, debt relief and long-term lending to enable developing countries to invest in sustainable development.

“Developing countries need access to finance to reduce poverty and hunger and advance the Sustainable Development Goals,” he said, adding that he has urged the G20 to agree on a global SDG Stimulus Plan to support the countries of the Global South.

The multilateral development banks must also change their business model. Beyond their own operations, he said, they must concentrate on systematically directing private finance towards developing countries, providing guarantees and being first risk-takers. “Without creating conditions for massive inflow of capital to developing countries, there is no future.”

About the World Economic Forum Annual Meeting 2023
The World Economic Forum Annual Meeting 2023 convenes the world’s foremost leaders under the theme, Cooperation in a Fragmented World. It calls on world leaders to address immediate economic, energy and food crises while laying the groundwork for a more sustainable, resilient world. For further information, click here.